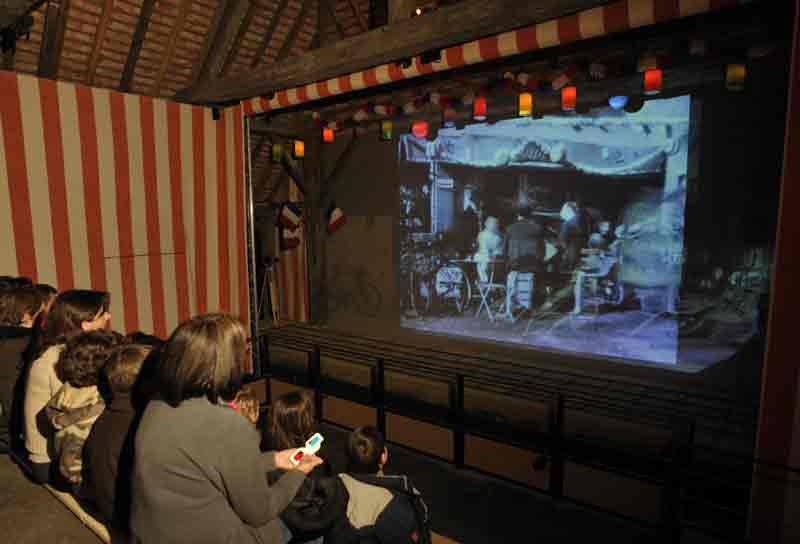 Sainte-Sévère, a small peaceful village, and a "Jour de Fête"...

Sainte-Sévère, from Prehistory to Jacques Tati!

In the surrounding area, human activity dates back to prehistoric times, and has not ceased since then, with various degrees of happiness, and the region, like many French regions, has passed from one hand to another, from lords to lords, from king to king.

It was during the Revolution that Sainte-Sévère was integrated into the newly created department of Indre.

While only a few inhabitants participated in the Napoleonic wars, the two great wars resulted in a real demographic drain, and disruptions in the way of life, notably caused by the gradual disappearance of a rural civilization. Thus, for example, the population has increased from 1135 inhabitants in 1946 to 780 in 2016...

Geology tells us that the municipality is classified as a low seismicity zone, and yet, in 1947, it did experience an earthquake... joyful!

During the war, Jacques Tati, whose real name was Jacques Tatischeff, had found refuge in Sainte-Sévère, where he made friends. Seduced by the village and its inhabitants, he had promised to return.

And, indeed, in 1947, he landed with his crew and camera to shoot his first feature film: "Jour de Fête".

And the whole village participates as actors, extras, or props!

Unforgettable memories for this peaceful village

It can be said that this film prefigures Tati's entire work, full of naive and nostalgic poetry, which seeks to survive in the midst of an increasingly mechanical world, in every sense of the word.

Until his death, Jacques Tati will return from time to time to this small town that he really loved, and which opened, in May 2009, a "Maison de Jour de Fête", a particularly unusual museum where, among other things, you can attend a show in "Scénovision"... and yes!

A farm? A theater? No, a theater farm... from Bellevue

Napoleon at the Bertrand Museum

Thevet-Saint-Julien... Your roots at the Museum of the same name!