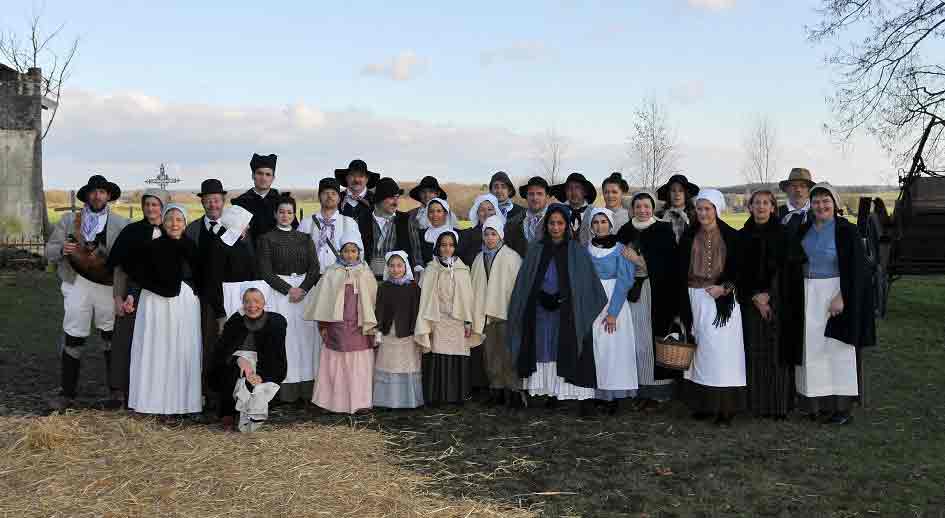 info_outline
You are here: Home / Regions / Centre Val de Loire / 36-Indre / A farm? A theater? No, a theater farm... from Bellevue

A farm? A theater? No, a theater farm... from Bellevue

A farm, we can see what it is... a farm in Berry, we can imagine the farm yard, the farm animals, life on the farm... in short, it's pretty clear!

A theatre...
A theatre, you can see almost what it is... the red curtain of the theatre, the seats and baskets of the theatre, the entrance of the theatre artists, and then, of course, the plays, the vaudeville, the slamming doors, the great authors...
«ô rage, ô désespoir, ô vieillesse ennemie,
n’ai-je donc tant vécu que pour cette infamie ? »

An explosive mixture...
So, take the farm, take the theatre, mix vigorously, add a good dose of creativity, a big glass of humour, and serve hot!
This is the formula, as they say, of the Ferme-Théâtre de Bellevue, a particularly unusual formula where talented actors, well-packed texts, songs, terroir, and good traditional meals combine and mix to offer a very cheerful and surprising moment.

A particularly rich and eclectic programme
The Ferme-Théâtre de Bellevue offers shows and meals-shows.
Among the shows, we can find Marivaux, with "Le jeu de l'Amour et du Random", as well as gags and disasters in cascade, with "L'inauguration de la salle des fêtes", or a great rural comedy where about fifty actors struggle in "La bête à hornes" which celebrates, in 2019, its 10 years of success !
And the show can be made itinerant, with "La balade chantée", which takes spectators into the Berry countryside with an instrument of yesteryear and songs of yesteryear, or "Firmin, hawker" which we follow, him and his cart, through paths and hollow paths.
And the show can also be performed in songs and music, with, for example, "A village in song", or "The Christmas concert", or stories and traditions, with "The king of the forest", "The Christmas farm", "Hunting stories", or "Tales and legends of yesteryear".
As for the meal-shows, then... between "Tour générale", "Soirée Berry", "Chansons françaises", "Nuit de Noël", "Rue vaudeville", or "Me repas berrichon animé" with traditional Berrichonne potée, we no longer know where to stick the fork! Enjoy your meal!
It is truly a place not to be missed, and there are plenty of opportunities to come back!