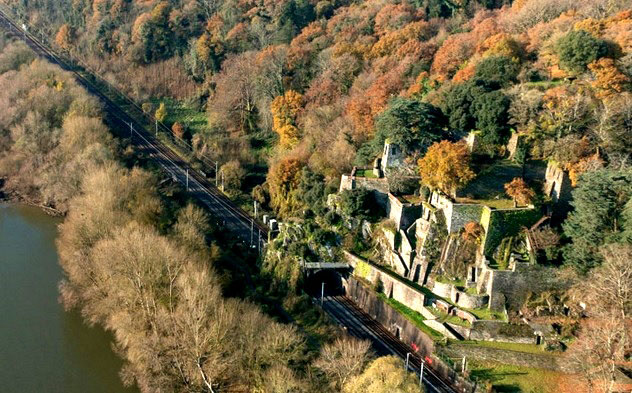 If there's one unusual place, it's this one!

At its location, there was most probably a medieval fortified town, perfectly justified by its location overlooking the Loire.

And it was here that Maximilien Sifflait, Receiver General in the customs administration in Calais, decided to elaborate, between 1817 and 1829, the follies he had in mind!

A 70-metre drop, on which there are about thirty terraces supported by dry-stone walls that can measure up to 12 metres high.

We have no archives on this site, but it is estimated that it would take about twenty years, and a team of a dozen people, to complete such a work.

This world, very mineral, gradually became covered with vegetation, by the care of Maximilien Sifflait's son. The gardens and terraces were adorned with about 300 plant species.

Forgotten, then renovated, it is still open to the public in a rather rare way, especially on heritage days. Ask the town hall for more information!

"Between sky and water", Dumet Island