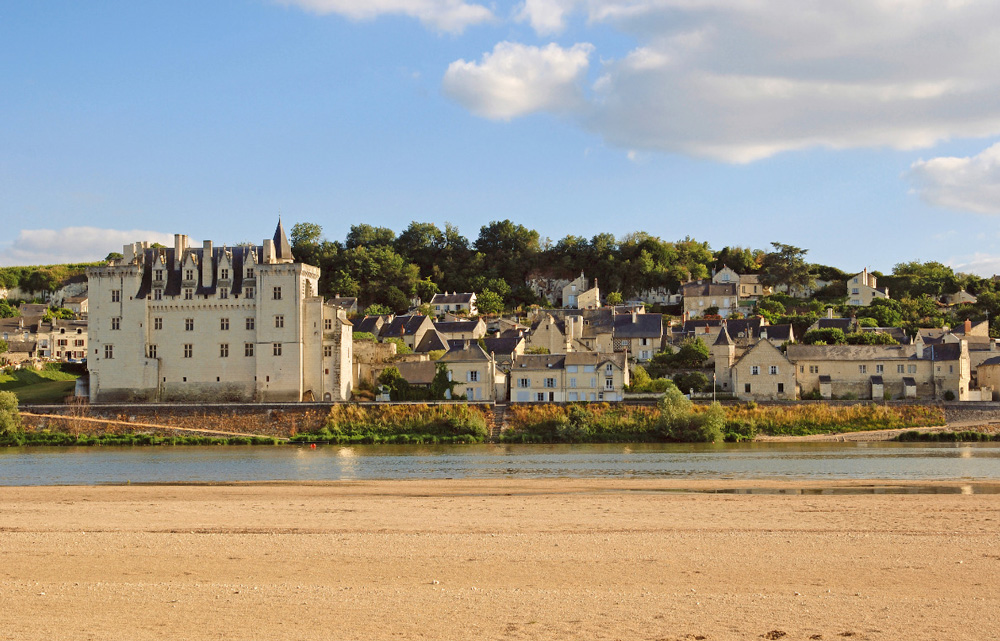 As curious as it may seem, speaking of a fifteenth century castle, the castle of Montsoreau can rightly be called a "forerunner".

Firstly, built around 1450, from older ruins, it rises about sixty years earlier than the other castles of the Loire Valley.

It took about ten years to complete this gigantic construction site, which required 5,000 m³ of the region's characteristic, very white tufa stone. You add 400 quintals of lead, a thousand trees for the framework, more than 80,000 ashlars, and you have an idea of the scale of the task!

It is precursory in that it marks the passage from architecture with purely military objectives, defending a place, locking a passage, to "pleasure" architecture. In this spirit, one sees the appearance of widely open bays, numerous cross windows, the multiplication of fireplaces, and an attention paid to hygiene and comfort.

Montsoreau castle is the only castle of the Loire built in the river bed, whose navigation could be controlled from the ground floor and the cellars on the Loire side (today, a small road passes at its foot, along the river).

On the spot, don't miss to go to the terraces, from where you will have an absolutely unique view of the confluence of the Loire and the Vienne rivers.

A small restaurant uses one of these terraces to serve you some local products!

The particularly unusual side of this place lies in the violent clash between this fifteenth century castle and a museum of avant-garde contemporary art.

The collection on display is part of the "art and language" movement, which gives great importance to "discussion", and creates both works and practices. Like the surrealist artistic movements, the works seek to provoke the imagination, which you will feel through the Philippe Meaille collection.

It is up to you to feel, in the Hall of Mirrors, for example, which seeks to make the spectator an intimate actor of the artist's movement, in front of glass surfaces reflecting the viewer but also hiding a translucent layer of paint, in a scrupulously empty and white, dull and neutral volume, which exposes nothing but the space itself?

This current "considering the written description of a work and its possible realisation in space as equivalent", I renounce the clumsy description and invite you to the imaginary realisation by your own personal wandering…

One of the largest dolmens in Europe

The museum of the sweetness angevine