Warning: file_put_contents(/homepages/12/d349798029/htdocs/grandouestinsolite/www/classes/../client/cache/parseur/ae4e2266f8fd13c152d4c001ba223980.cache): failed to open stream: Disk quota exceeded in /homepages/12/d349798029/htdocs/grandouestinsolite/www/classes/parseur/Analyse.class.php on line 129
 From the Middle Ages to the Renaissance at the Musée-Château - Rives-du-Loir-en-Anjou – Maine-et-Loire - 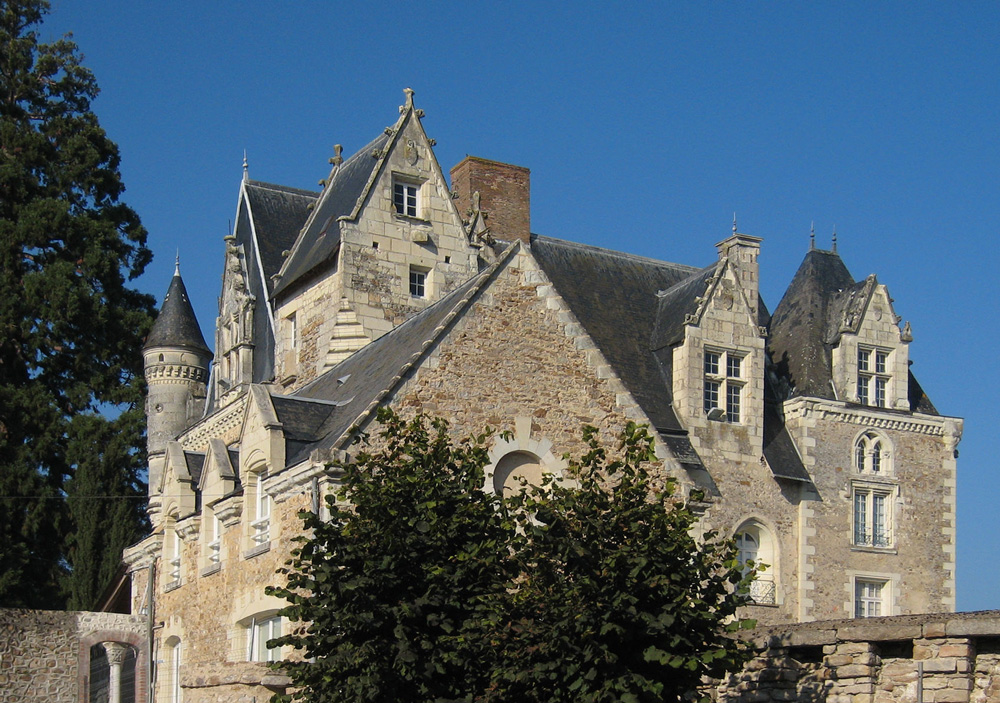 info_outline
You are here: Home / Regions / Loire Country / 49-Maine-et-Loire / From the Middle Ages to the Renaissance at the Musée-Château

From the Middle Ages to the Renaissance at the Musée-Château

As is often the case, the history of this castle begins as a fortress. The fortress of Villevêque, as is often the case, was besieged during the 100 years war. It must be said that they had the time... Still, from cannonballs to boiling oil, only a part of the moat remains of this fortress today!
In the middle of the fifteenth century, we arrive at a more cheerful residence, with many windows and beautiful decorative elements.
After it went from periods of oblivion to periods of restoration, Daniel Duclaux bought it in 1981. He lived there until 1999, and installed his collection.

Then, an unusual and eclectic museum...

It is relatively frequent that a castle opens to the visit, and allows to admire its most beautiful furnished rooms.
What is much more unusual, however, is that a castle is transformed into a real museum, under the impulse of its owner.

This one, Daniel Duclaux, is an engineer of Arts and Crafts, who created his own company electrification, carpentry, lifting. He is an extremely eclectic collector, mainly focused on a period from the twelfth to the sixteenth century.
And this in all the fields: furniture, tapestry, painting, sculpture, textile, drawings, goldsmithery, enamel, earthenware...

In 2002, his wife, following the wishes of her husband, bequeathed this entire treasure to the city of Angers.

From the Middle Ages to the Renaissance at the Musée-Château

The chestnut tree of Moulihèrne...

A museum where there's nothing to see?