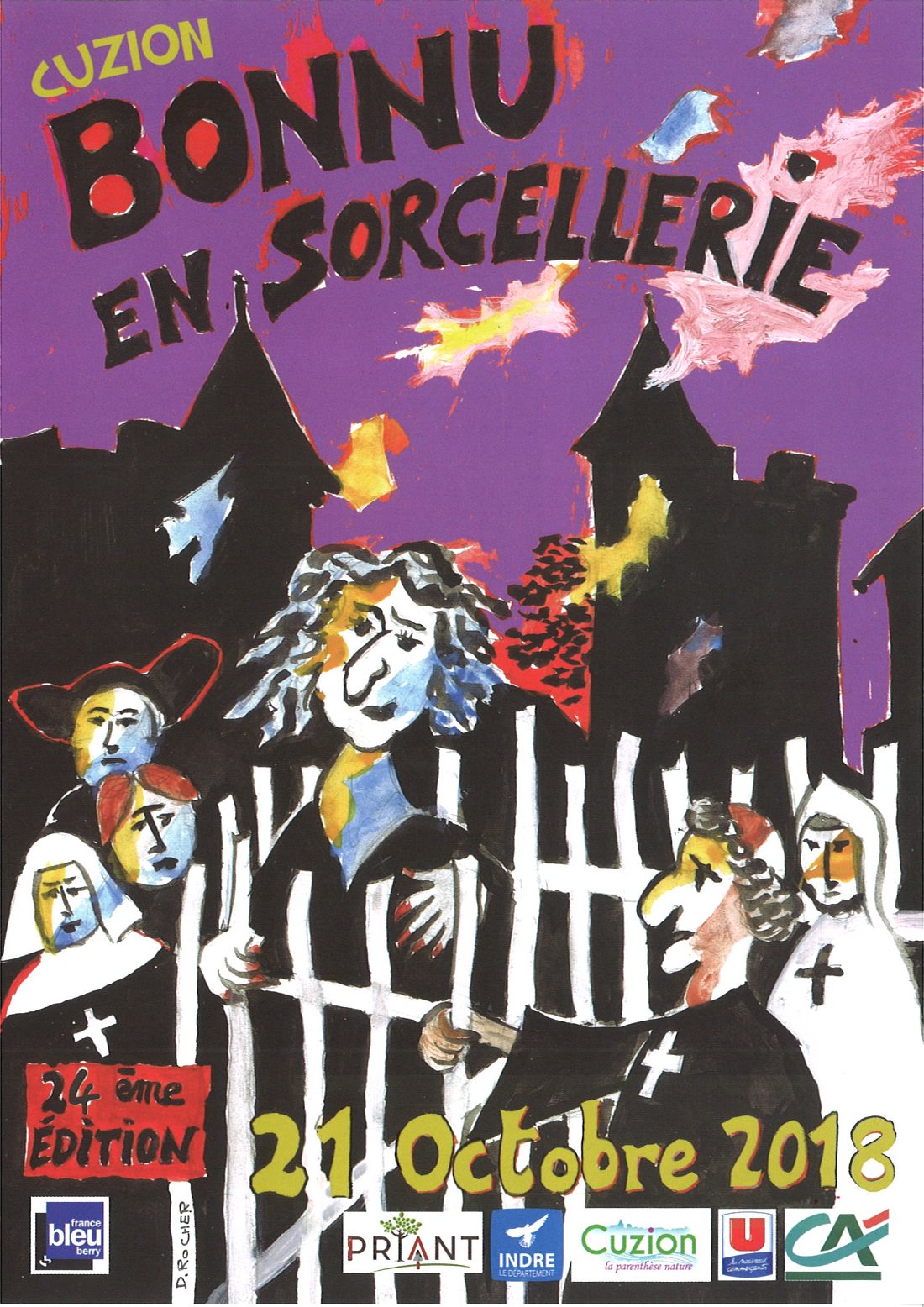 Festivals and sleepless nights of witches and wizards of Berry

What could be more unusual than to meet a " birette ", just like that, in the bend of a grove ? For those who are not from Berry, a precision: a "birette" is a ghost, a witch, or a nice goblin if you are lucky!

But is it really unusual? Not really, since we are in the land of wizards, in the Berry, a region of legends!
Let's have a look around, on a full moon night, of course...

Rezay is, it is well known, the "capital" of wizards! It was even awarded, during an old radio broadcast, the title of "the most superstitious commune in France" (Pierre Bonte's broadcast, on Europe 1, in the 60s)! But, long before the radio, it would not seem impossible that this belief came to us from the ancient druids, who thought that the region was the sacred center of Gaul.
While you're in the area, check out the "berouettes" hike... it's beautiful!

George Sand is not for nothing either in all the fantasies that circulate in the region. The fantastic events of her "devil's pond" maintain them!
But do you know that this famous "devil's pond" exists? You will find it in the Chanteloube wood (Route de La Mare au Diable, Mers-sur-Indre).

The festival of the witch

It is on Saint Luc's day, in Bonnu, commune of Cuzion, the third Sunday of October. A centennial festival. The mass, the pilgrimage, the witches and the local products are all part of it!

The night of the witches

It takes place in Bué, and this witch fair has been going on since the post-war period. It usually starts with a meal interspersed with witches' stories, of course. When night falls, the "birettes", arriving through the vineyards, perform their scary torchlight parade! Of course, you will not forget to taste the famous "lizard juice".