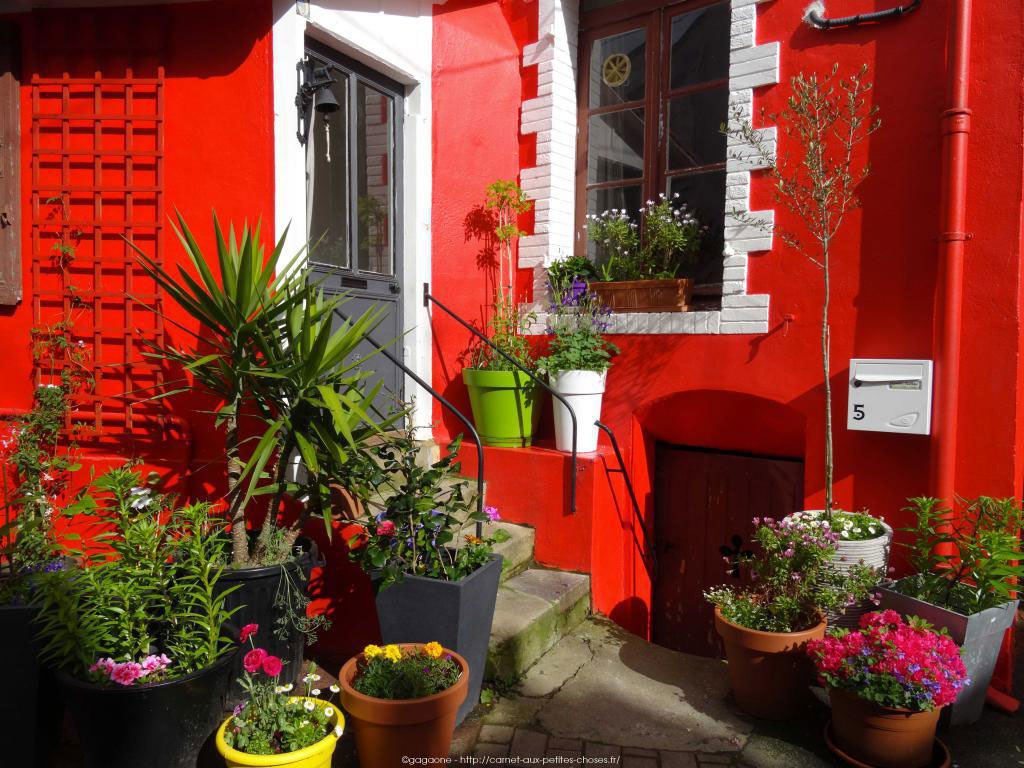 info_outline
You are here: Home / Regions / Loire Country / 44-Loire-Atlantique / Trentemoult sees it all....

An old fishing village, on an old island

It's simple, just take the navibus! And indeed this "navibus" is indeed part of the urban transport network in Nantes, just like buses or trams. You take it at the "gare maritime" stop, and, in 10 minutes, it takes you across the Loire. You arrive on the left bank, in an old island complex called the islands of Rézé. Ancient island, because this small piece of land was caught between the Loire on one side, and a small river on the other, which has since been filled in.

As early as the 14th century, fishermen settled firmly there, obtaining a monopoly on fishing in the Lower Loire!

A little later, in the 19th century, workers working at the Nantes shipyards joined them, followed by officers and former captains who had made their fortunes. In addition to the fishermen's houses, there were also beautiful bourgeois houses.

We don't know what is more unusual, the colours of the houses, or the luxuriant, abundant vegetation... this one, benefiting from a particular climate, allows camellias, palm trees, banana trees, and many other plants from overseas, to prosper quietly!

As for the colours... they splash on the facades, and illuminate the alleys! And they are not discreet: red, yellow, blue, green are used without restraint.

It is true that they refer to the colours of local fishing boats, but to think that these colours come from the remains of paint unused by fishermen when they repaint their boats, there is still a margin... and it doesn't matter, since the result is superbly happy!

You will notice that houses are often built in three floors, with an entrance door at the top of a staircase... and yes, you have to think about the Loire floods!

It only takes a few things....

In the 1980s, little by little, the village fell asleep.

But then the cinema suddenly woke him up, Catherine Deneuve, Richard Bohringer, Bernard Giraudeau, and Jean Carmet found themselves there, in front of Jean-Louis Huppert's cameras, for the shooting of the film "la reine blanche". And here is the village back in the spotlight, that's the case!

Today, many artists and craftsmen have gradually replaced the former population of fishermen who have disappeared, and the alleys now host workshops and small friendly restaurants. For lunch, you can also choose a guinguette on the banks of the Loire, calm and a change of scenery as dishes of the day.

Eels and frogs at the Kerhinet Inn