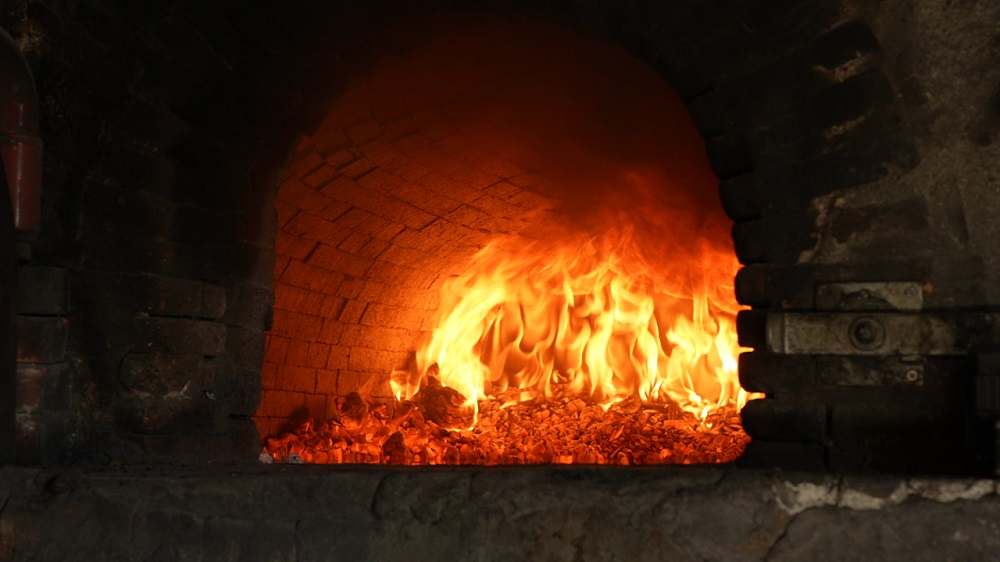 What a nice meeting!

Obviously, as I progress in the writing of the "Grand Ouest Insolite", I discover events or places... unusual! Or people who are no less unusual! And this is really the case with Dominique Grandjouan, who introduces himself as a peasant baker, a description to which we must also add author and actor! It is the story of someone who, with logic and determination, goes to the end of his convictions... see more...

First, he runs a farm, and grows wheat.
Until then, normal... well no!
In a spirit of return to the roots, the wheat he grows is old wheat, whose names are not well known today! Ten varieties cohabit and help each other in his fields (at the same time, his wife raises horses... who appreciate his straw and wheat bran! Complementarity!)
Then, he stores his wheat, which will go to the mill, with a stone millstone that preserves the wheat germ...
What happens next? Afterwards, we come to the cooking, and thus to the oven. The oven, there was probably one, since the farm is about 200 years old... but there was no more! So, 3 meters long, 2 meters wide, with a shape a bit like a drop of water... He built it himself!
And for the cooking? He raises the oven in temperature, by making it burn wood during 1h30 approximately, which brings it to 300° (with a small "trick" to make sure to be at the good temperature... he will explain you on the spot!).
And we put it in the oven! And we wait about 45 minutes! And here is a bread whose manufacturing process has respected the ancestral know-how from beginning to end... a sourdough bread, with its qualities of taste, pleasant flavor, with a crunchy crust, and which keeps much longer than the bread with chemical yeast.

Bread is about sharing. Also, in this spirit, twice a week, our farmer baker has created a space to sell strictly local products from his neighboring producers!

Dominique Grandjouan does not stop at sharing bread: he also shares, once a month, good moments of exchange, convivial, during which we will start by tasting, of course, his breads, with some accompaniments... and then we will go to a small room, to follow the bouncing humor, the words that twirl in an oral ping-pong of a play that he wrote himself, and that he performs in company of a friend. And it's not sad! And the spectator can't be more immersed in the show than in this small room of 35 people!
It's called the "Theatro'fournil".
I asked him if he was tempted by larger venues, even though I already suspected the answer... no, his small venue, and the spectators so close, is better!
Most importantly, if you're ever in the area, ask around and go!
People like that, moments like that, it's not even unusual anymore: it's rare!

The little house on the meadow

Masterpieces of the Compagnonnage