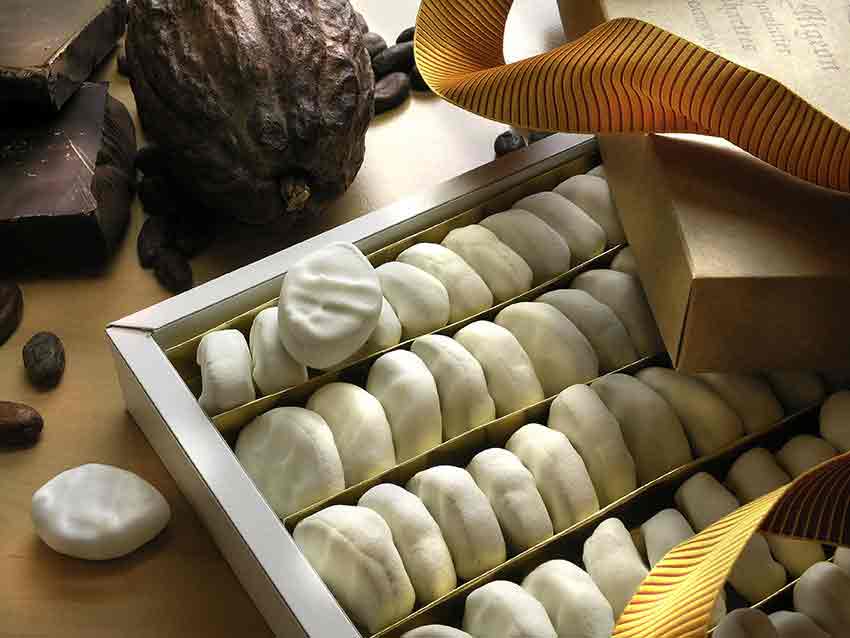 Chartres... the Mentchikoff, a candy born of the Franco-Russian alliance

To celebrate the Franco-Russian alliance, there was the Alsa preparation for creams, "Francorusse", the Russian loans, more indigestible, and the Mentchikoff, more unusual!

The... what? The... Mentchikoff?
Yes, it's a little bit true that it's pronounced a little like sneezing!

But, in fact, be careful... respect: this name, however, is that of a Russian prince, Alexander Danilovich, Prince Menchikov.

His story is a little complex, because it seems that, as a child, he was apprenticed to a pastry chef by his father, himself a pastry chef.

The little "trainee" was constantly sent to this or that client, and, after walking the streets of the city, he made a good meeting: a colonel, surprised by his spiritual answers, offered him to join his service. Suddenly, one thing led to another, he met Pierre I (yes, the famous Pierre Legrand!), who took him from the palace, and made him his valet. In other words, his confidant... from then on, his career took off, he became a minister and prince of the Empire. Not bad, is it?

But political fluctuations being what they are, he was later arrested for dishonesty, stripped of his titles, and exiled to Siberia. Hard! Hard!

But well... He still left his name to a candy bar!

And finally, what is Mentchikoff?
It is a very long and complicated candy to make with a heart of hazelnut praline: butter, dark chocolate, almond and hazelnut paste, and know-how.

All this is hidden under a sweet and melting shell, which is not obtained by a simple sweet icing, as with many other sweets, but by a Swiss meringue.

The small pebble obtained will be dipped on one side in the Swiss meringue, and allowed to dry, before soaking the other side, then let it dry again!

Mentchikoff... you can (maybe!) do it yourself...
I went to a good source to propose a recipe for the... (go ahead, say it...!), since directly on the sire of the city of Chartres! An official recipe, almost! Here it is:

- 1.5 kg of guianduja (roasted hazelnuts mixed with icing sugar and ground to a paste)

- 3 kg of pralines (almonds and hazelnuts)

The whole thing is mixed and spread on a plate.

The candies are detailed with a cookie cutter and then rolled by hand to give them an elongated shape.

We then let it crust overnight.

The next day one side of the candies is dipped in a Swiss meringue (white snow and icing sugar heated).

It is left to rest on a sheet for drying.

The day after the second side is soaked in the meringue before another drying phase.

But, if it seems a little complicated, but also find Mentchikoff in the best confectionery pastries in the city, including, for example, the "Chocolaterie de Chartres"!

In a thousand pieces, the house is a freeloader

Chartres... the Mentchikoff, a candy born of the Franco-Russian alliance