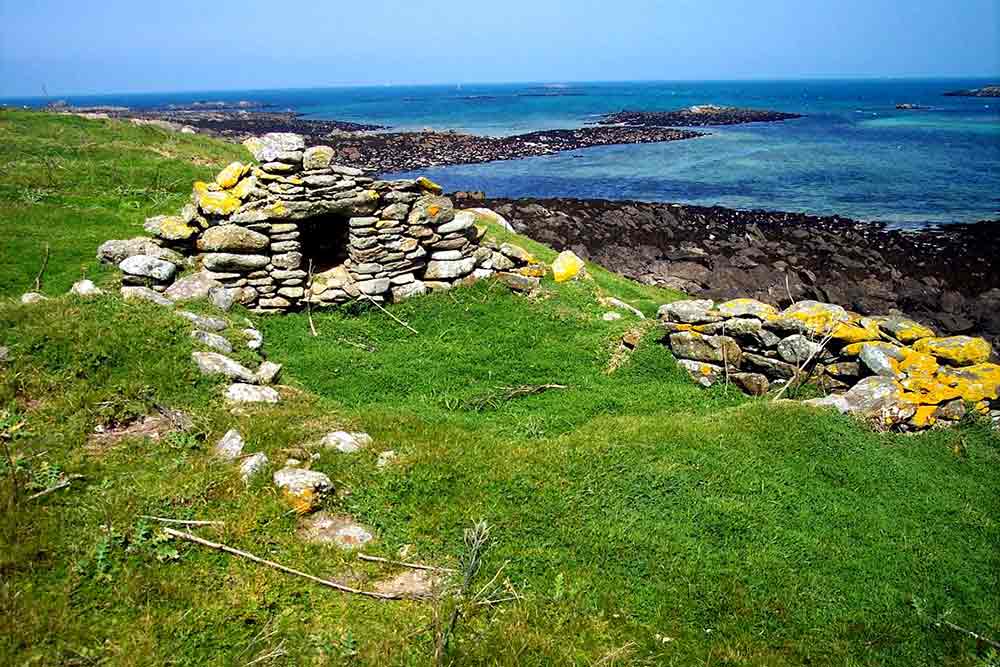 info_outline
You are here: Home / Regions / Brittany / 29-Finistère / Island of Quéménès, the wind, the sea, and you!

Island of Quéménès, the wind, the sea, and you!

In Finistère, on the island of Quéménès, two inhabitants, about thirty sheep, about ten hens... and the most peaceful guest house there is!

Island of Quéménès, a confetti!

Located in the Molène archipelago, in the Iroise Sea, on the coast of Northern Finistère, the island of Quéménès... we quickly made the tour!

Indeed, with its 1300 meters long by 300 meters wide, it offers little possibility to get lost!

It's not really overcrowding!

You can reach the island of Quéménès relatively easily (if the sea so wishes!) from the port of Le Conquet, which is only 9 kilometres away, but that doesn't mean that tourists are rushing around!

In fact, a couple lives alone on the island.

To do this, he had to apply among other contenders, and, as his project was selected, a nine-year lease was signed with the Conservatoire du littoral. They have to maintain the island, and live there as new Robinson.

They do not like very much, moreover, this term of "Robinson" with which they are often labelled, since, far from being stranded there as a result of unfortunate and unforeseen circumstances, they are on the contrary quite voluntarily!

The aim is to achieve energy independence (photovoltaic panels, wind power), and to live in self-sufficiency (cultivation, livestock).

In addition to this couple, the population therefore consists of about ten hens and about thirty ewes living freely. It's not exactly the Parisian subway at 6:00!

However, the island of Quéménès sometimes welcomes "tourists".

But they are quite special "tourists", nature lovers, who appreciate the absolute calm, the wind, the whipped walks in the sea spray, and the rooms without heating!

That said, the rooms in the guest house have been particularly well designed and decorated to give a real feeling of warmth and hospitality!

In short, it is the ideal place to recharge your batteries!

Oceanopolis, dive under the sea, and meet 10,000 people there!

Meneham, from thatched cottages to rocks