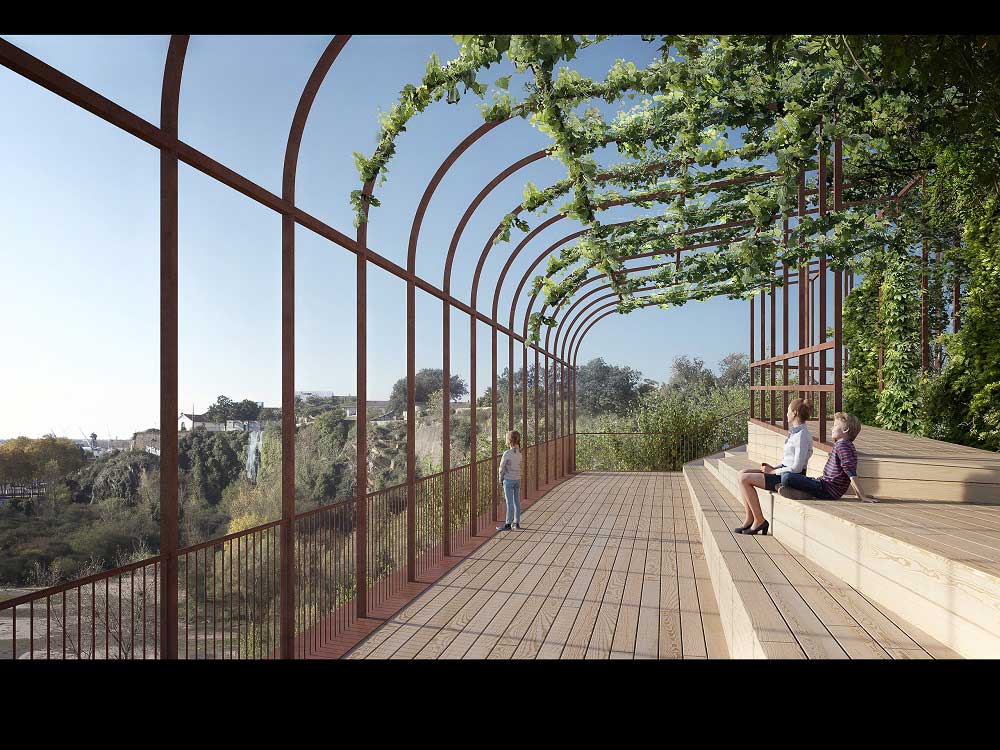 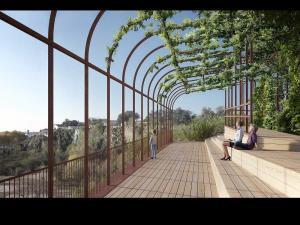 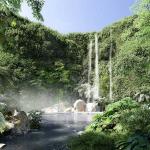 Once upon a time there was a quarry, the Misery Quarry, a large quarry that was used for a long time to help build the city and pave its streets. It then became an industrial site, and now it opens into a garden, a modest 3.5 hectare garden!

Like many quarries, it has been exploited by nibbling on a hill, leaving a cliff around its bottom... As a result, a kind of microclimate is created at its foot, facing the sun and protected from the winds.

One of the officials said that this project could be called "Japanese anti-garden"! Indeed, in a Japanese garden, everything tends to be miniaturized, and everything is meticulously organized and tidy. On the contrary, everything is gigantic, and abundant!

Falling from the top of the cliffs, here is a 25-metre waterfall, here is a staircase on the side of the cliff, here are seven belvederes opening up breathtaking views... extraordinary!

If you put in place plants with giant leaves, whoever looks at them no longer knows what their own size is, and loses a little bit of the notion of proportions. This principle has been widely used in this garden, where, due to its exposure and very good wind protection, the temperature is, on average, 4° higher than outside the site.

As a result, we will find many Mediterranean and tropical species, including, of course, plants with giant leaves, such as banana trees, palm trees, or a very particular rhubarb that has leaves... 2 meters long!

Everyone knows that, in Nantes, there is the famous Compagnie La Machine, creator, among others, of the no less famous elephant that wanders around barring, and swinging its trunk while projecting steam on the spectators, or the Dragon of Calais, fire-eater with spread wings, with an orange look.

Not content to amaze people all over the world, she is currently working on a gigantic project: the Heron Tree, a model of which can be seen in the current Machine Gallery. This model is made up of the part of a single branch, and already allows to have an idea, a very small idea, of the whole!

The tree will be 50 metres in diameter and a clutter of vegetated branches, with footbridges and belvederes mixed. Travelled by mechanical insects, they will be able to welcome about 400 visitors simultaneously who, at the very top, can, if they wish, board on the back of a heron for a circular flight with a view!

An urban project that begins with a garden

This extraordinary garden illustrates Nantes' desire to put nature at its heart, in its heart, as part of an even larger project.

It has been open to visitors since September 2019, the date of its official opening, but it is strongly recommended to return from time to time, as this project, by its sheer size, will take several years to fully deploy.

In the heart of the Brière, a stubble village

The thatched cottage of flavours and crafts

"Between sky and water", Dumet Island