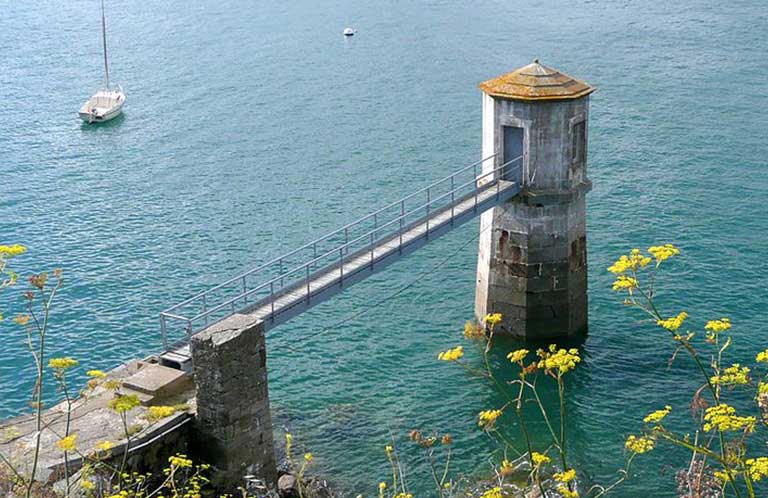 info_outline
You are here: Home / Regions / Brittany / 35-Ille-et-Vilaine / The tide gauge of Saint-Servan, zero point of the sea level...

The tide gauge of Saint-Servan, zero point of the sea level...

In life, there are ups and downs. Well, the sea is the same. Only one difference: you can measure it!

Above, below sea level?

Basically, we can say that it is an average between the highest and lowest waters. But, by saying that, we are only postponing the problem a little bit, because... we still need to know where these famous limits are located! And to find out, we have to measure them. Hence the tide gauge of Saint Servan!

Still, our tide gauge of Saint Servan must keep a little modesty, because there are other representatives of his species in the world. In France, for example, he has three colleagues, in Brest, Marseille, and Rouen.

It was built in the middle of the 19th century, on the mouth of the Rance, and is still used for the operation of the dam of the same name.

Saint-Servan, which was called Aleth, was a much more important city than Saint-Malo, before it merged with it and became a district. There was a lot of maritime activity, and the hollow tower, 5 metres wide at the base, of our tide gauge was built on a former place where supply ships used to run aground. Beneath the access ramp, there are still the remains of Gallo-Roman masonry!

Paimpont, in the heart of the forest of all legends

Combourg, did the ghost with the wooden leg have a cat?

Car: one of the most beautiful museums in Europe