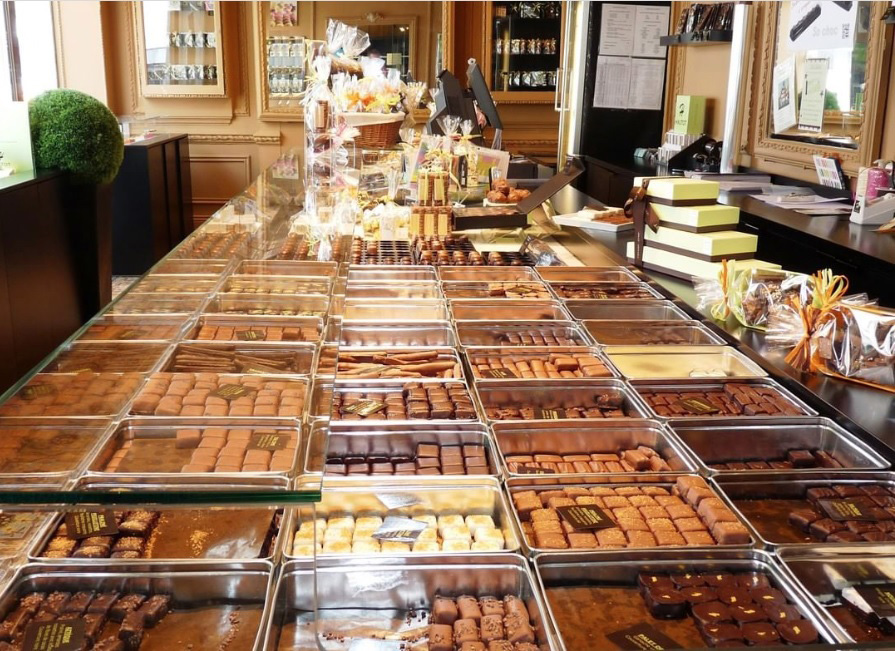 A chocolate museum in Normandy

Yes, of course, we're not going to start with "Once upon a time" when we're going to talk about chocolate!

And so we are, indeed, going to talk about chocolate, or, more exactly, about a chocolate factory. A chocolate factory in Normandy, why not? What's a bit more unusual is that, in addition to its products (if you want to taste them, it has an online shop!) it has a pretty little chocolate museum, with several themed rooms.

He thinks that his mother baked cakes every day for her family of six children! Of course, there's something to be said for a vocation. So, Olivier Hautot, passionate, became a master chocolate maker.

In 1998, he launched himself into business creation, and opened his first store. And it must be said that what is on offer is very good, since, some time later, other stores were gradually added to the one in Fécamp, in Rouen, Le Havre, Etretat, Yvetot, Le Mesnil-Esnard, Saint Valery en Caux, Isneauville and Bourgtheroulde. And 35 passionate people came, little by little, to join the creator.

Since his apprenticeship, his passion has led Olivier Hautot to build up an important private collection of everything related to chocolate!

And as customers were obviously curious about the subject, frequently asking, for example, to visit the chocolate factory, he decided to use his collection to create a chocolate museum.

A visit to the museum is a fun and educational experience which, through themed rooms, presents the history of chocolate, its cultivation, its harvest, and the transition from bean to bar, with a video tour of the workshops and their secrets...

The Museum of Norman traditions and arts