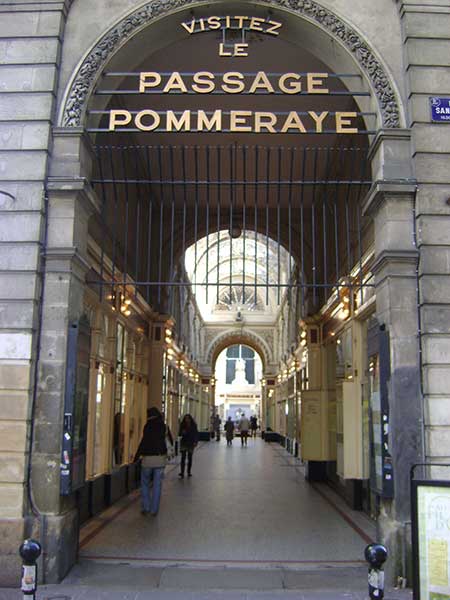 A shopping mall classified as a historical monument

The Pommeraye passage is the pride of the people of Nantes, and rightly so!

It was inaugurated in 1843, under Louis-Philippe. It is due to the will of a notary of the time Louis Bray who wanted to turn a district worthy of Les Misérables into a passage of luxurious shops in the spirit of the Parisian passages, very chic, which appeared then. A drop of nearly 10 m on a hillside of sand and mixed rocks did not make the company very easy. And all the less so since, of course, the novelty leading to the protest, he had to face the hostility of the local residents and a hail of lawsuits.

Nevertheless, success was achieved as soon as this 19th century architectural masterpiece opened. But here it is... seven years later the crisis of 1846 (already!) transforms the operation into a financial rout, its promoter rendering the soul completely ruined

Nevertheless, he left a very avant-garde work for the period, when we only knew about the small dark shops without windows. There, on three levels of a monumental staircase, very beautiful shops display their displays in a window. It's the invention of the... window shopping!

Even today, having managed to get through crises and bombardments, this covered passage, one of the most beautiful in Europe, remains a superb and surprising place where it is pleasant to stroll peacefully.

Giant snake on the ferry landing