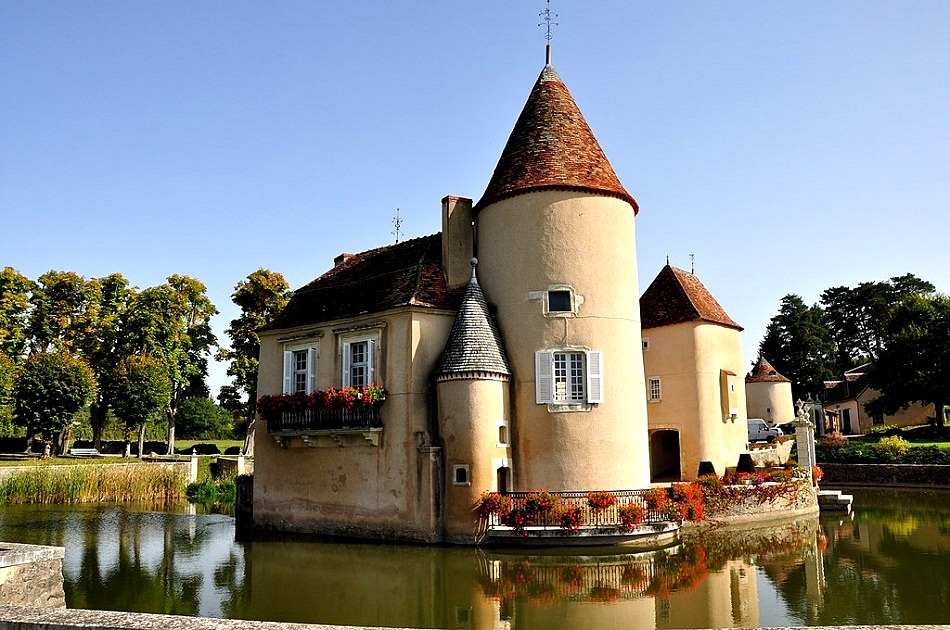 Such a beautiful city hall...

It is quite rare that I can write an article on a town hall, an official building which, without wanting to hurt their feelings, often has little charm!
Well, this one is worth the tribute of an admiring glance! It is indeed one of the prettiest town halls in France, and one of the most beautiful manor houses in Indre, adorned with the defenses of a castle.

It is indeed surrounded by a deep moat, and its name, moreover, would come from there, since it means, in low Latin, swamp, or ditch.

Its historical course is rather curious, because it is quite rare that a seigniorial construction passes from the nobility to the republican administration!

A nobility affirming its power and wealth, since, for example, in 1625, Jean Mauduit, bailiff of Argenton, had an exterior dovecote built with 800 "boulins" on fourteen rows, a "boulin" being a niche for a couple of pigeons. And, at the time, the number of "boulins" was the precise expression of a fortune, like the CAC 40 index of a company, today!

Knowing that, now, it is a town hall, you can only go and have a look inside during opening hours, of course, but a simple visit outside is already an enchantment as this building is so harmonious in the middle of its circular moat...

Sainte-Sévère, a small peaceful village, and a "Jour de Fête"...

The castle of Valençay in sugar!