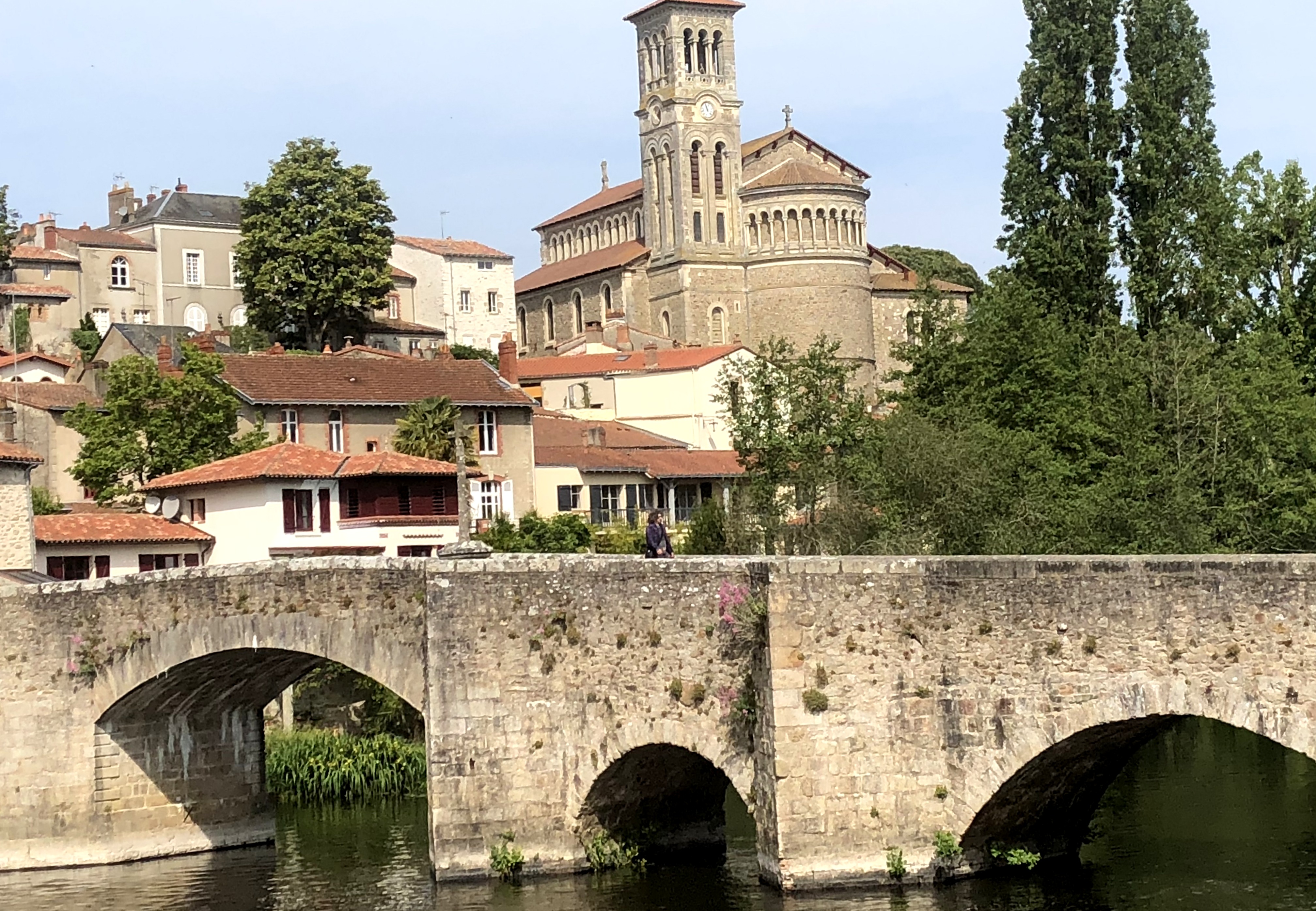 You are between Nantes, Cholet, and La Roche-sur-Yon, on the border of Maine-et-Loire and Vendée. You are in Clisson, a strategic point in the defense of the Marches de Bretagne. And yet... you are in Italy!

So, yes, of course there are the famous Halles de Clisson. Dating from the 14th century, they are among the oldest in France, and their framework is a marvel.

Then, yes, of course, there is the famous Pont de la Vallée, which dates from the 15th century, a granite bridge with five arches of unequal dimensions.

Then, yes, of course, there is also the Saint-Antoine Bridge, also from the 15th century.

Then, yes, of course, there is the castle of Clisson, from the 11th century.

And all this is classified as a historical monument.

But then, why Italy?

Here, the word "renaissance" is used in its original meaning, that is, to be born a second time. Indeed, during the French revolution, and more precisely during the Vendée wars, the Clisson valley was ravaged.

After the decision of the Convention to launch a mass recruitment of 300 000 men, Clisson, like many other Breton towns, did not submit to this recruitment.
And, very quickly, the insurrection starts, and the Vendéens occupy the city in March 1793.
In May, the republicans entered the city, massacred and burned houses.
Then, it was the Mayençais who burned the castle and other houses.
Finally, the famous infernal columns finished the job.
The city was completely destroyed, to the point of being completely deserted for two years.

In the 19th century, two brothers from Nantes, fleeing from Italy, settled in Clisson. We are then in 1798. Strongly seduced by the charm of the place, impregnated with the architecture of the Italy they had just left, they launched into the reconstruction of the ruined city with, in mind, what they had seen of the Tuscan cities.
The current appearance of the city, unusual for a Breton city, comes from there.

Today it is very pleasant and surprising to walk around, and if a naughty sun is shining on you that day, you will hear the Bretons speaking Italian!

Unless you can hear the Parisian accent, because at the beginning of June, for more than 20 years, the "Montmartre à Clisson" festival has taken place there, with many participants presenting their paintings, their sketches, their sculptures...

Eels and frogs at the Kerhinet Inn

In the heart of the Brière, a stubble village