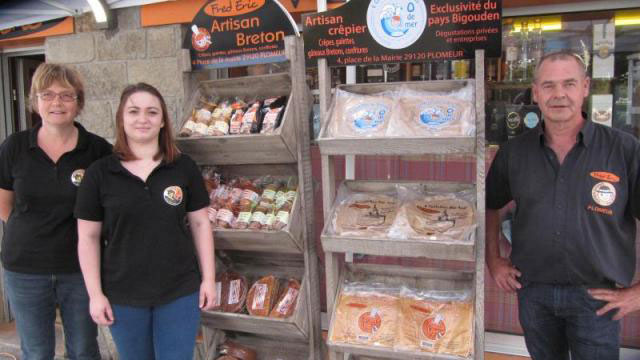 info_outline
You are here: Home / Regions / Brittany / 29-Finistère / In Plomeur, the pancakes are made with sea water!

In Plomeur, the pancakes are made with sea water!

It is a very unusual recipe that has just been concocted by two artisan crepe makers from Plomeur, Finistère! And, frankly, to develop a new recipe for pancakes in the middle of Finistère... You have to dare!

And what did they do? Well... since we're by the sea, they added sea water! Which, by the way, has a certain form of logic! According to the inventors, Frédéric and Éric février, of the Fred and Ric creperie (still logical!) this addition would make it possible to have pancakes with better conservation.

The sea water is filtered by a Breton company (still logical!) Techsealab from Penmarc'h.

Floral farm, from field to bouquet... normal, or unusual ?