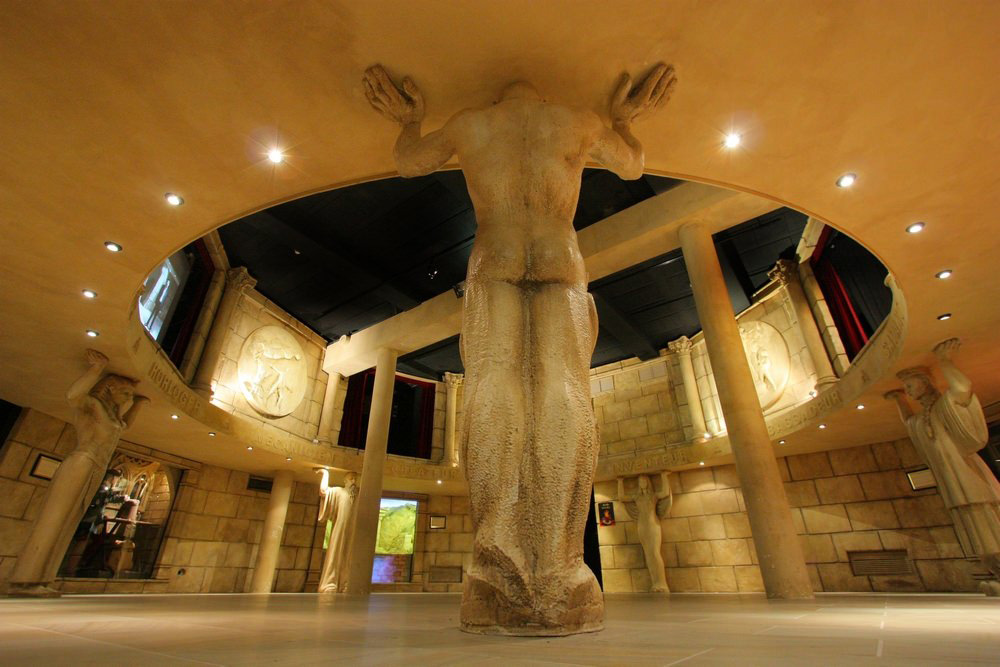 House of Magic: dragon in the windows!

A dragon too welcoming!

Imagine a big bourgeois house from 1856, in front of the castle, in the good town of Blois, so peaceful, so quiet ...
And then suddenly, six windows open abruptly, through which an unhappy dragon passes its six heads, which start threatening the population with frightening swings, and, as it should be, with abundant plumes of smoke!
Voilà, this is the house of magic!

It is the only public museum in Europe that presents not only collections relating to magic, but also a permanent live show, which is regularly renewed.
And, beware, it's serious! It is in these places, for example, that the French magic team trained for the world championship of the same name...

2000 m², five levels, the least we can say is that it is an unusual visit. You will discover the life of Robert Houdin, and these magical works, you will be trapped by optical illusions, in short you will go from surprise to surprise! It is at the same time an entertainment, of course, but it is also based on the playful educational discovery of a historical heritage.

You attack very hard with the hallucinoscope.
If you come out of it sane, you will then visit the Robert Houdin room, with more than 150 objects, and the reconstruction of his office, his workshop....
Then you will take a walkway dedicated to the "King of Escape", Harry Houdiini. This will lead you to the Passage des Mystères, a tribute to oriental magic, then to the Rotonde where automatons bring back to life before your eyes the evolution of magic through history.

Then all that remains for you to do is to visit the Hall of Illusions, with its inverted, infinite, or false perspectives, which takes you like a tiny pawn through time and space!

Finally, you may catch your breath in the Foyer Méliès where, every year, a temporary exhibition is organized around, of course, the magic arts!

Well, the CIPI (International Centre for Prestidigitation and Illusion!) organizes, in this House of Magic, training weekends for amateurs of all levels.

In Sologne, the deer has its home...