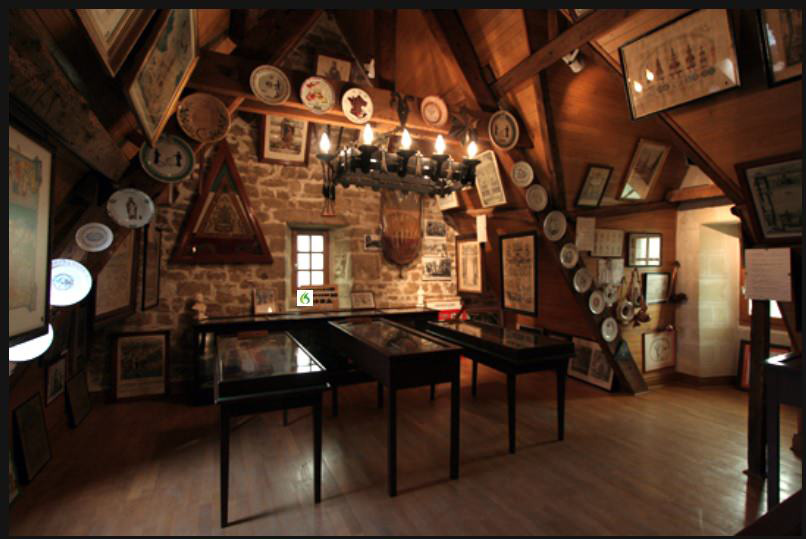 info_outline
You are here: Home / Regions / Loire Country / 44-Loire-Atlantique / Masterpieces of the Compagnonnage

Masterpieces of the Compagnonnage

This manor house was a small rural estate which was located outside Nantes but which today, due to the expansion of the conurbation, finds itself in the heart of the city. It is very representative of the Breton seigneurial habitat, even if, over the years, different elements have been added to it

It was rehabilitated from 1968 onwards by the Compagnons du tour de France des devoirs unis.

It now serves as Cayenne, i.e. as the house of the Compagnons.

The museum of the Compagnonnage

Some sections of the Tour de France companions' organisation run a museum, and one of the most important is that of Nantes, at the Manoir de la Hautière.

It exhibits companions' tools, but also remarkable "masterpieces", exceptional achievements that the journeyman must achieve, according to his trade, to crown his training.

Beyond this unusual visit, where one marvels at so much applied know-how, it is possible to follow in the footsteps of those who have followed this demanding path. A description of this journey can be found on the companionship website.

From Lefebvre Utile to Lieu Unique....

The Museum of legendary liners in Saint-Nazaire