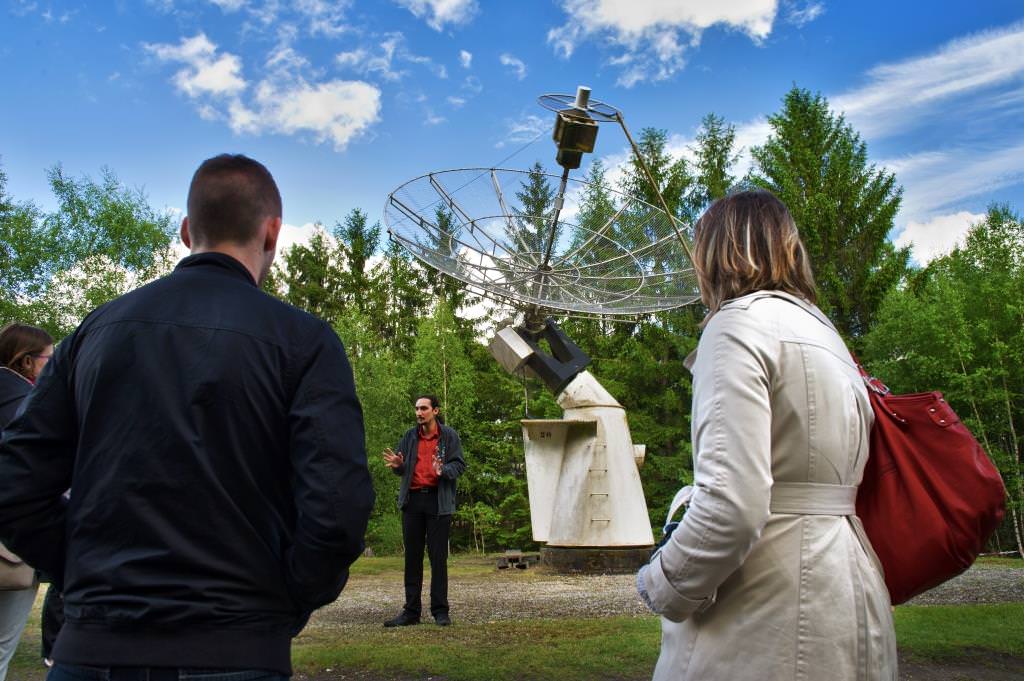 info_outline
You are here: Home / Regions / Centre Val de Loire / 18-Cher / Nançay has the heart in the stars...

Nançay has the heart in the stars...

Unusual, the pole of the stars?

Talking about the pole of stars to someone from Berry, it's a bit like talking about the Eiffel Tower to a Parisian! He knows it ! But... does he really know? There, it is less sure! So I thought that it was interesting to describe quickly this site, unique in France, and extremely rare in the world by its importance as well as by its ambitions, for the Berrichons, as well as for the visitors, of course.

The technological progress that was made during the Second World War led, among other things, to the search for a better understanding of the universe by means of radio astronomy. The station, which is still active today, was inaugurated in 1953, with gigantic equipment, including, for example, the large radio telescope, the fifth largest building of its kind in the world.

The pole of the stars

The public is more and more interested in these questions, and considering the notoriety of the station and the curiosity that it arouses, it is decided to create a playful space of scientific popularization, which has become a real reference in its field.
It includes, first of all, the planetarium, an immersion among the stars, a walk among the galaxies, an interactive journey in the cosmos...
It also offers permanent exhibitions about the work that was announced, the instruments used, but also the universe, or the solar system, without forgetting the unusual "question room".

There are also temporary exhibitions of quality, whose common characteristic is to allow the discovery and the understanding.
And then, one should not forget the animations as surprising as interesting, like observation evenings, the famous "night of the stars", the "moonlight walks" or the "day of the night".
The star center is constantly evolving. Ask for more information!

The museum of life

Mint tea in the middle of Berry !