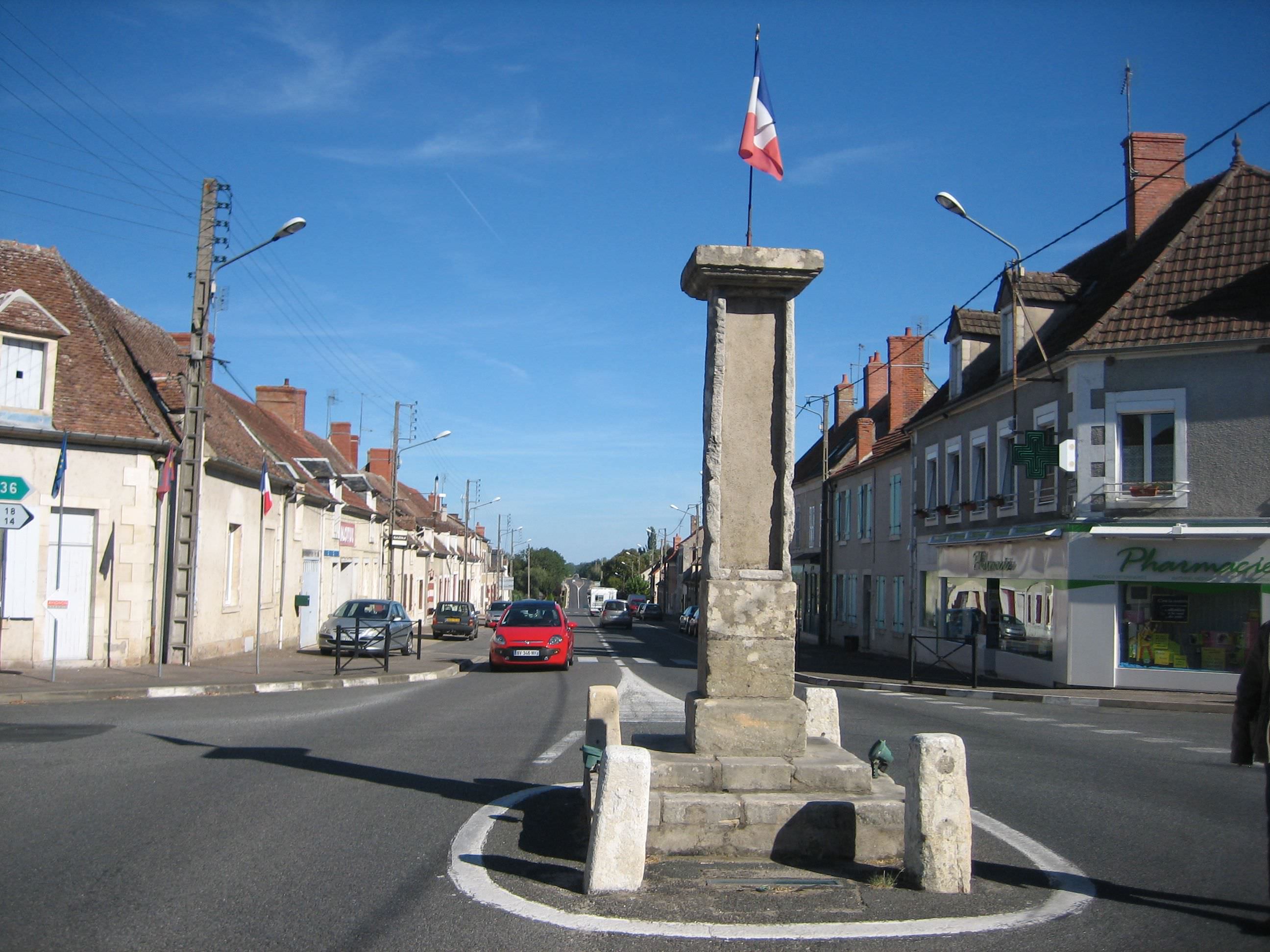 The center of France !

Bruère-Allichamps is a pretty little rural village with a little more than 500 inhabitants, located 7 kilometers from Saint-Amand-Montrond, between Bourges and Montluçon. Its bucolic and rural atmosphere will accompany your steps to the priory, with its finely sculpted capitals.
Not far from the village, you will visit the Cistercian abbey of Noirlac, on the banks of the Cher. It is of remarkable beauty and finesse, and it watches over a preserved bocage that has managed to preserve its landscapes, its meadows, its hedges and its paths.

The center of France?

All this is pleasant and interesting, but it doesn't explain why Bruère-Allonchamps prides itself on being the center of France...
Well, to find out, go to the intersection of the departmental roads 2144 and 92.
There you will see a milepost.
Milliary columns were the road columns of the Roman era, and their name comes from the fact that distances were calculated in Roman miles, or 1480 meters. These milestones also had the function of reminding us of the works and developments that had been carried out on the road, and, above all, who had ordered them!
Now, the milestone we are talking about was designated by a nineteenth century French geographer, Adolphe Joanne, as the geometric center of France. He writes in his "geographical dictionary": "the geometrical center of France, as far as one can determine one, is in the southern part of the department of Cher, in the village of Bruère-Allichamps...".
We will note in passing that this geographer takes the precaution of indicating, about the center of France, "... as far as one can determine one... ".
And his caution is justified since other communes claim this particularity: Saint-Amand-Montrond, Saulzay-le-Potier, Vesdun, in the Cher, Chazemais, Nassigny, or Huriel, in the Allier...
Finally, if it is very unusual to discover this column in Bruère-Allonchamps, it is perhaps even more unusual to discover on this occasion that France has several centers!

Farmers' home at the biquettes

From the excavations to the museum...

The school of Jules Ferry!