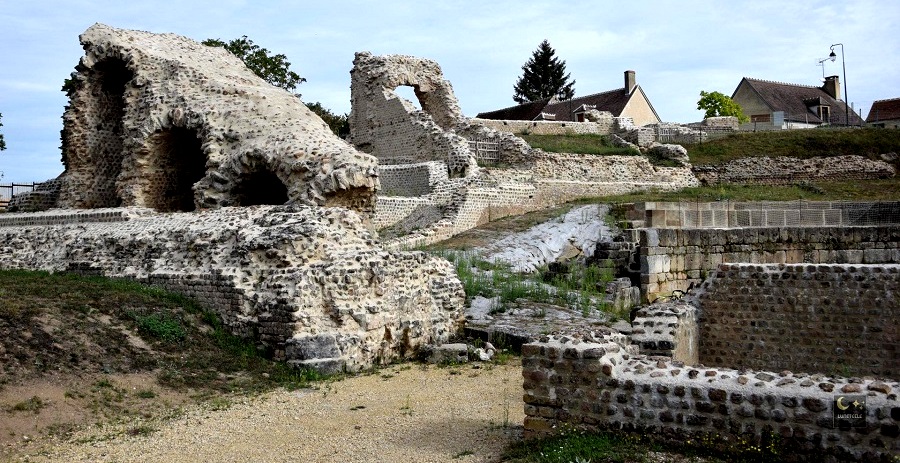 Go to the theater!

The Gallo-Roman theater of Drevant

The Gallo-Roman theater of Drevant, it is not nothing! With its 85 meters diameter, it could welcome 5000 people! And what remains of it allows you to imagine it as it was during the shows. Close your eyes... you can hear the crowd! And you see it too, in the reconstituted theater, if you are equipped with the application of course in virtual reality GuidiGo.
It was certainly an important place, since it is accompanied by a vast sanctuary, and by thermal baths in which you will not be able to make your ablutions, since they are currently covered!

A very active local association has organized, in the past years, great festivals obviously Gallo-Roman, the "Derventiales", with war chariots, troops in arms, and even an elephant! There has been a few years of interruption, but my little finger tells me that the festival will be reborn in the summer of 2022... the twenty years of the association deserve it! Find out more!

Just across the street...

After having transported you to the Gallo-Roman era, and, of course, after having visited the Gallo-Roman museum, I advise you to go across the street. Yes, Drevant is on one bank of the Cher, and it is connected to another village, on the other bank, by an Eiffel style metal bridge. And, opposite, it is the village of La Groutte, with "Caesar's camp", but also with its lime kilns, its bread oven, its wells...

Koi carp in the Cher !