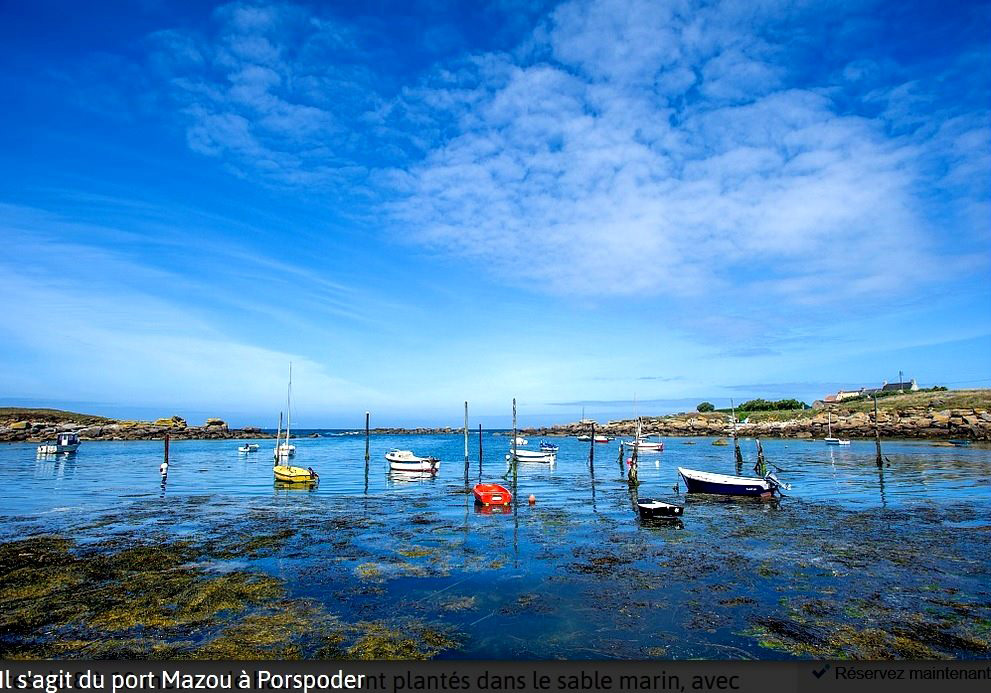 But what is a stake port?

You have a nice little sheltered cove and a nice quiet beach. You'd like to create a harbour there, but you don't have the equipment, the men or the money to do it. Never mind! You're going to use the technique of the pile port.

It's a very old technique, going back at least to the Middle Ages, if not much higher. The idea is to choose an elm, or sometimes an oak tree, as straight as possible and pull it up with its roots. On the beach, we will dig a large hole and plant this tree straight, well supported by its roots. The roots are covered with very large stones, and the trunk is wedged with boulders.

And there it is! You get a mooring post about ten meters high, which will serve its purpose for at least ten years.

To this pole, you're going to attach, two or three metres above the ground, a chain 5 or 6 metres long, ending with a shackle. And, at high tide, your boat will dance gently on the surface of the water, between its front and back chain, well moored!

This type of anchorage is commonly found on the French west coast, and even more often in North Brittany.

This little port, it's earned!

Facing the wind, facing the sea, fists on your hips, breathing at full lungs, you can see it, well nested in a small welcoming cove. You see it... but below!

Of course, since you're on top, on the cliff.

And it is precisely on the cliffside that you will take the stairs that will lead you to the beach. Double reward: a superb view during the descent, and then, with your feet on the sand, the soft, calm sound of the wavelet coming to rest on the sand. Here... listen...

And this unusual, rather strange spectacle of these great stakes where the seaweed clings on, which, depending on the time of day, protrude from the mud or the wave...

The other staked port is in Finistère

Indeed, it is in Porspoder that the port of Mazou is located, the other pile port that still exists, and is also still active.

For anchoring, it has about thirty piles of 8 to 10 m high.

It is very different from the first one in that, surrounded by rocks, it is surrounded by a few granite houses with blue shutters, some of them houses of seaweed boatmen (a hard job to which the "Unusual Great West" has devoted an article). Nestling in the hollow of the highest cliffs in Brittany, framed by its black rocks studded with blue, open to the sea, it is a perfect pictorial composition, the absolute charm...

Birlot Mill, at the rhythm of the tides

The Valley of the Saints