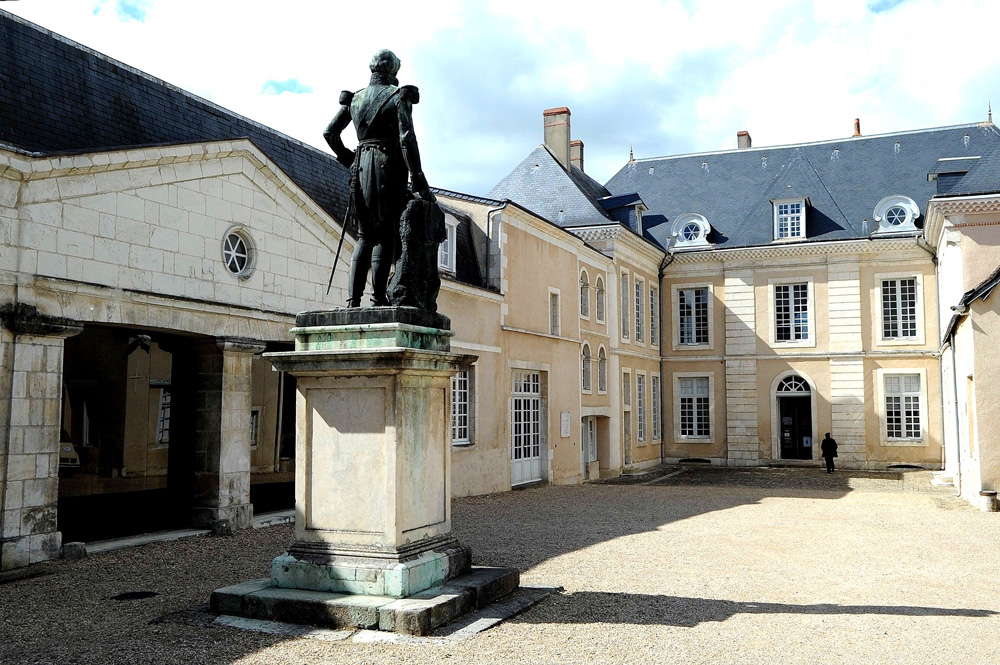 Napoleon at the Bertrand Museum

The Bertrand Museum, in Châteauroux, everyone knows?

Does everyone know ? Not so sure... because the Bertrand museum keeps very unusual objects that even the old Castelroussins do not necessarily know!
There is, for example, the sword of Aboukir, a mummy coming from the excavations of Antinoe, an incredible perfume burner, and there is also, and this is quite moving, an aviary that General Bertrand brought back from the island of Saint Helena...
So, yes, Castelroussins, you too may be surprised!

Faithful among the faithful, General Bertrand was part of all the projects, of all the battles, and followed Napoleon to Saint Helena.
This museum, which bears his name and which was his home, includes souvenirs and relics of the Napoleonic epic, as few museums can boast. From the Egyptian campaign to the death of the Emperor, the whole period of the first empire is evoked.

The Second Empire also has an important place in this Bertrand museum, with, among others, a room dedicated to Ferdinand de Lesseps.

The Bertrand museum: rich and diverse

In addition to all that is devoted to the Napoleonic era, the museum also presents, in twenty-six rooms, the richness and diversity of the periods, from the Gallic and Gallo-Roman era, through the Middle Ages and the Renaissance, to the evocation of the nineteenth century, but also the contemporary era with, notably, national and regional painters.
In short, whether you are a native of Castelroussin or an itinerant tourist, this Bertrand museum will surprise and interest you.

Not far from the castle, the cars!

The Museum of Chemiserie and Male Elegance

The Bee House, and much more!