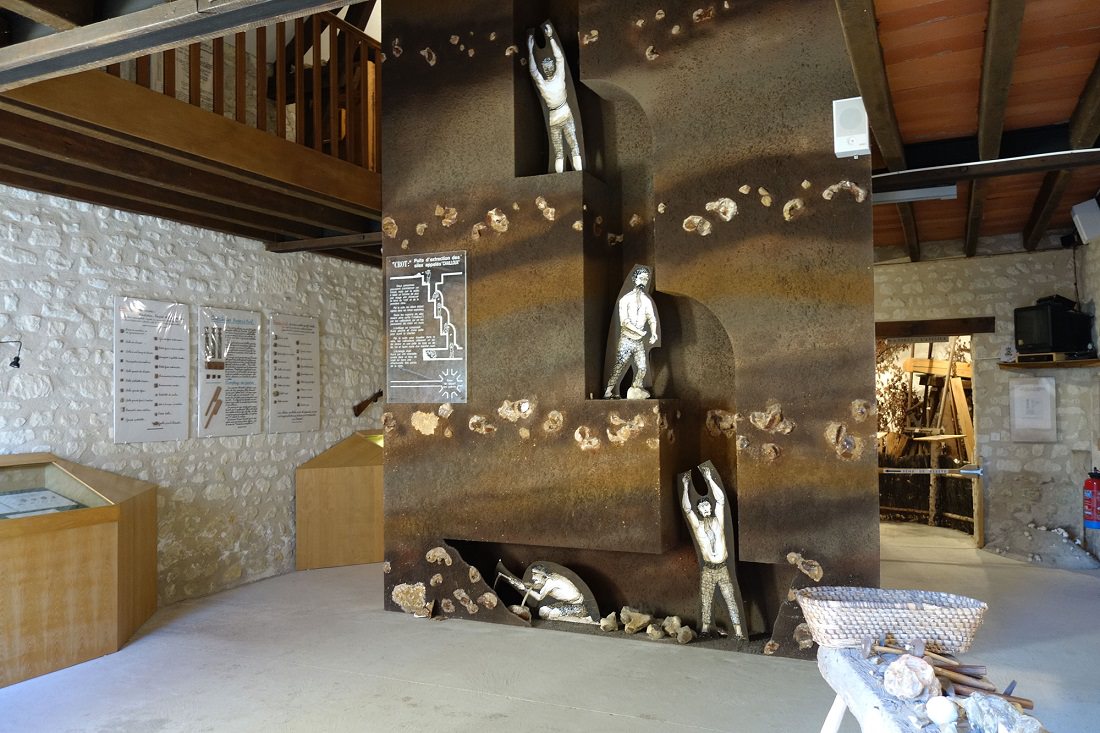 It's a tiny piece of flint, which, from the sixteenth century to the beginning of the twentieth, was used to create the spark that set the powder fires! And, bang... the ball is gone.
So, of course, the more we fought in those days, the more flints were needed. Thus, during the Napoleonic wars, their annual production is estimated at more than 100 million stones. As a result, they have become part of History, and can be found all over the world, at Austerlitz, Wagram, wherever men shot at each other!
It must be said that the region was a world center of manufacture, around Luçay, in the region of Selles-sur-Cher, Saint-Aignan, Valençay...

Museum (unusual!) of the flint

It is a museum for the least surprising! You will discover a whole world around this small stone, trades, tools, the astonishing presentation, in section, of a "crot", well of extraction of the flint, a reconstituted workshop...
And you will also see the three other pillars of the village's economy at the time, the foundry, the limestone quarry, and the mushroom beds in the tufa galleries.
Very interesting also, a new space which was added to the museum, named "From the forest to the workshop", presentation in situation of the wood trades, the woodcutter, the pit sawyer, the splitter, the cooper...

Not far from the castle, the cars!