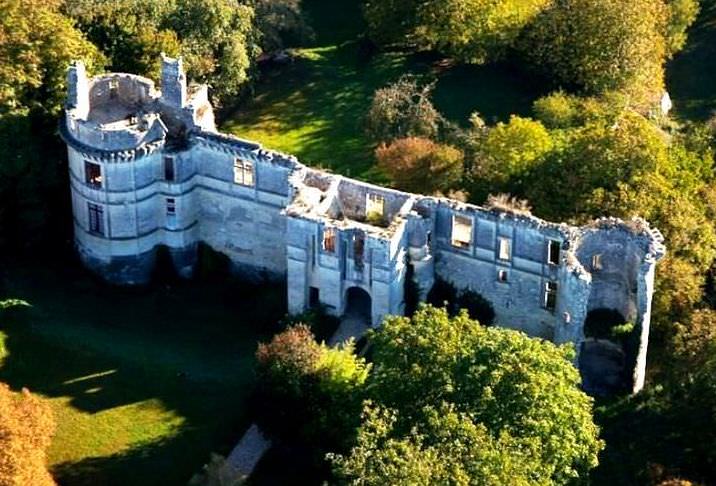 The emotion of the town hall secretary...

It was in 2005. The town hall secretary opened a letter that had just arrived... and it was a shock! "I wanted to brandish the letter outside and run into the street to shout to everyone "we have the fourth flower". The label "Villes et villages fleuris" had indeed just given Veuil its fourth flower, a very rare distinction! And, since then, from three years to three years, Veuil has defended and kept its four flowers...

It must be said that it is a small piece of paradise on a postcard!
In the heart of the village, the magnificent vegetable garden of the former blacksmith. Opposite, it is the Saint-Pierre de Veuil church which welcomes modern art exhibitions. There, it is the communal school, also overflowing with flowers. And here is the Nahon, a pretty stream that winds its way through the village, with its fountain in the middle... And then, since 2007, "Grandeur Nature", which offers an unusual encounter between contemporary works of art and the village...
You can also climb up to the castle, an imposing and majestic ruin with guest rooms, or have a quiet lunch at the Saint Fiacre Inn, an authentic seventeenth century house, member of the Tables Gourmandes du Berry where a Master Restaurateur officiates...

No flowers and no water...

As incredible as it may seem, the village never buys a flower! They are exchanged, they are planted, they are cuttings, and everyone does their best under the leadership of Bernadette Tessier, the gardener of the village, "best gardener of France" in 2007! As for the water, it is spring water or recycled water.
And you have to see, everywhere, when the season comes, the inhabitants bent over to take care of their flowers, their village, and their art of living well...

One out of ten inhabitants in Paris!

No, in 2016, it was not a massive and incomprehensible exodus!
It was only a matter of reaching Paris in a bus chartered by the commune, to receive a new confirmation of the "four flowers", but also the prize of the tourist valorization of the label, which rewards the activity of the village, translated in particular by its participation in tourism fairs, by the organization of events, of which the festival "Grandeur Nature" every summer.

Beware, danger... if you pass through this beautiful village, and you start to stroll around dreaming, you run the risk of looking for a house to never leave!