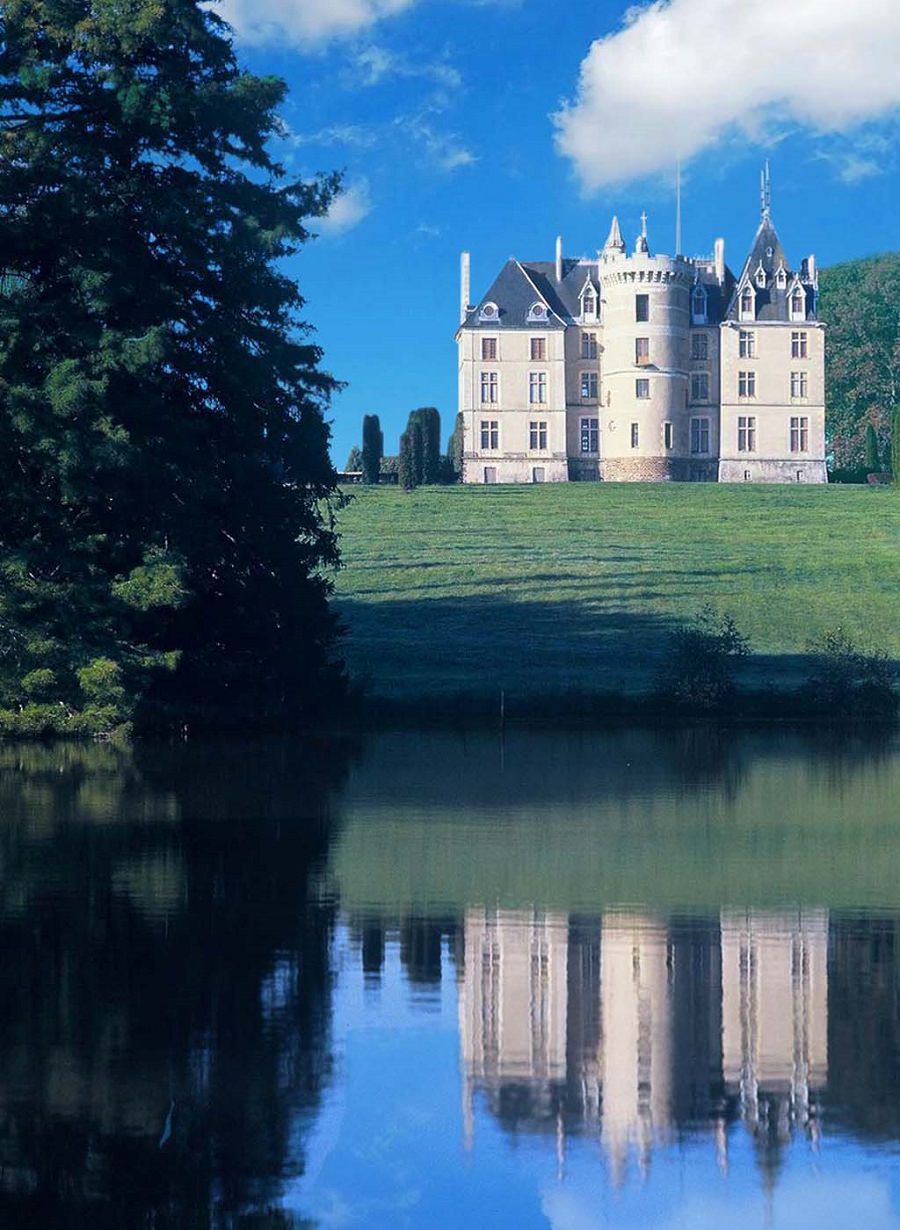 Two words of history... it is in the 15th century that the bailiff of Berry transformed an old house and built the main part of the castle as we see it today. In 1682 the domain is acquired by the knight Antoine Agard, and it is erected in marquisate in 1725, by Louis XV, for military services rendered by his son. Much later, during the revolution, his grandson, Lieutenant-Colonel Jérôme de Maupas, emigrated, but, as was often the case at the time, when he returned, the estate had been sold as national property to a family from Enrichemont. However, the family agreed to give back part of it, namely the castle and the surrounding farmland.
Today, the castle still belongs to the de Maupas family, who live in it and maintain it.

After having strolled in the park and the French gardens, you will discover, throughout your guided tour of the castle, the blue room where Marie-Caroline de Bourbon de Sicile, duchess of Berry, stayed, the room of the old toys, the lounges, and the old kitchen with the copperware.
And, on the wall of the grand staircase, you will be surprised by a unique collection in France of nearly 1000 earthenware plates, whose dates of manufacture range from the seventeenth century to the nineteenth century. All these pieces are unique, coming from Moustier, the East India Company, Delft, in short, from the greatest European factories. A rare opportunity to admire the products of exceptional know-how.
To conclude your visit, I would like to point out the existence, nearby, of the Auberge des Pellets and its typically Berrichon dishes...

The colors of light