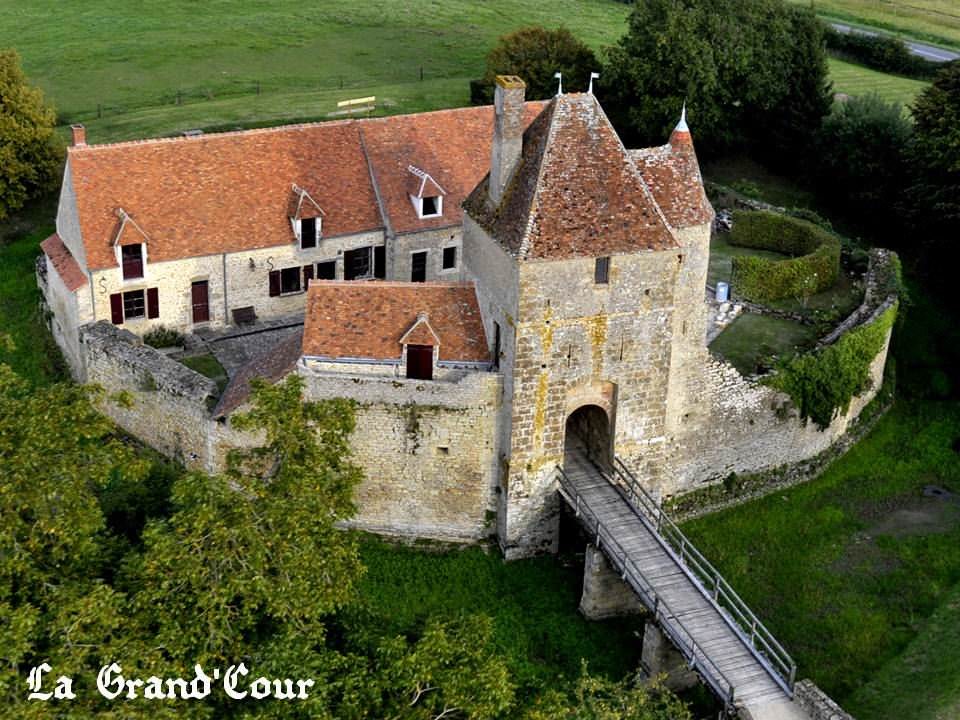 Serenity in the fortress shell

Impressive, and today so peaceful!
This castle dating from the end of the thirteenth century was, to say the least, particularly well defended, with a circular wall with seventeen sides, protecting a space of about 40 meters in diameter. Hence the name "fortress shell" of which only a few examples remain in France.
This wall was itself lined with moats about ten meters wide.
You want to enter anyway? The only possibility, it is then to pass by a very perilous bascule bridge, protected by a tower having a "stunner", trap door making it possible to drop on the head of the assailants all that could be heavy enough to stun! Nice, isn't it?

Today, the castle has become a peaceful place offering to your reverie a pleasure garden whose yew and hornbeam alleys open on a pond, a romantic setting with old roses, blackcurrants and currants under the fruit trees.
You will also stroll in the vegetable garden, restructured in caissons like a priest's garden.
And, of course, you will visit the castle!
You can also sleep there, since two very authentic guest rooms are waiting for you to choose "L'une" or "L'autre" (yes, those are their names!).
Ah, another thing... in summer, ask around, the castle sometimes organizes some very medieval feasts

The Museum of the Best Workers of France

The museum of life

A pyramidal barn in the Pays-Fort